In Summer 2011, many students worked on campus with Computer Science department faculties for research projects. Here are some of the projects in students’ own words. 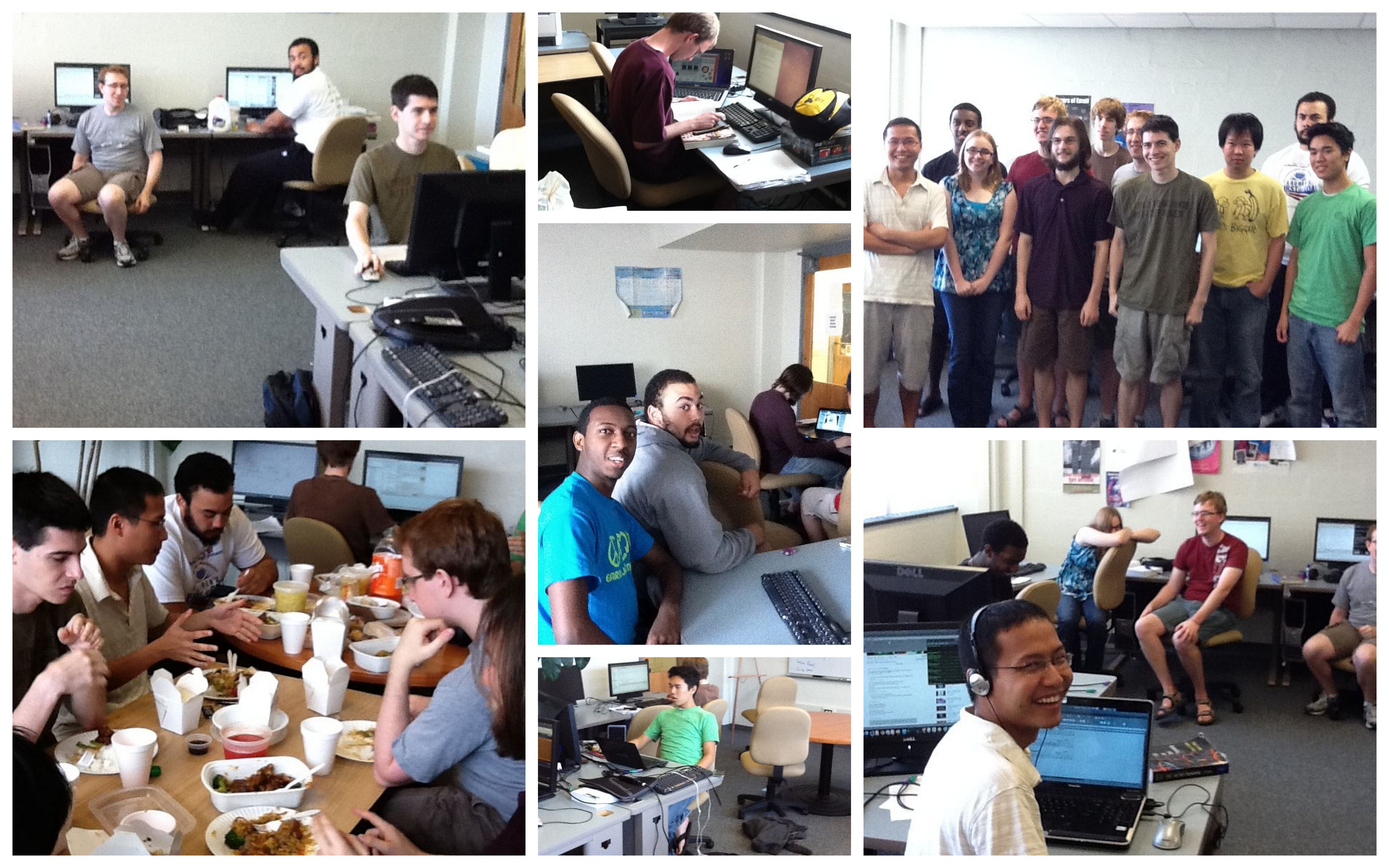 Samuel Courtney: I  worked on two projects this summer. The first project, known as Metaphor, is a Python program designed to procedurally generate 2- and 3-dimensional art based on L-Systems. Currently there are two main thrusts to this project: altering the workings of the 3D art generation to provide the user with greater freedom and continuing development of a graphical user interface meant to allow easy design of L-Systems and enable easier running of the designed L-Systems. The second project is the parallel development of two versions of an application for recording field data and images for the Geology department. The first version is being designed around the Apple iPad, with the second version being built using Android version 3.1 for Android tablets. Both are designed with the same design and functionality in mind, including a connection to the same external database to aid in the collection of geological data. This parallel approach is being used to allow researchers to determine where the development processes for iOS and Android are similar and where they are different.

Nicholas Escalona: This summer I am sharing three projects with six other students. But specifically, I am working on an Android app to manage geological field recordings, and a Python program to generate mathematically-described 2D and 3D graphics.

Andrew Ho: For excel research this summer, my group is working on 3 different projects, a tablet based data recorder for the geology department, an interactive map maker and archiver for the political science department, and Metaphor a 3D art program for the art department. I have focused mainly on the geological data recorder, for iOS, where I learned to optimize how data is displayed, and complex UI programming in objective-c. By the end of the summer, I will have a fully functional beta for testing with the geology department.

Christopher Jones: The research project that I am working on is designing a distributed system for exploring the parameter space of agent based models.  The program uses a cluster of computers to reduce the amount of time needed to complete the exploration of a model by having multiple sets of inputs running on different machines for the same model.  The distributed system also has the ability to use advanced search techniques that allow the program to intelligently choose which input parameters to test on the cluster.  By using these methods, many of which are based on genetic techniques, the more interesting portions a model’s input space will be explored rather than simply exploring the entire range of possible inputs.

John Keller: I am working on trying to determine the position of a cell phone based on the signal strengths it receives from wireless landmarks. The goal is to be able to do this without having to measure the signal strengths at several points in the environment beforehand. This will be used to make a program that shows a user’s position on the cell phone screen as they move through the environment.

Tong Pham: I am working on a Java implementation of the Distributed Coordination of Exploration and Exploitation (DCEE) framework. In this framework, agents work together to improve their performance on a problem domain which cannot be exhaustively explored. We are applying this implementation to the problem of  traffic light signals coordination on a Manhattan-like city grid. The hope is that each traffic light at each intersection can function as an agent that cooperate with its neighbors to improve the traffic flow.

Shannon Sullivan: I am working with the program GraspIt! to develop something that can be used by neuroscience students to interact with a virtual hand in order to better understand the complexities of controlling a hand and getting it to successfully pick up objects. Additionally, I am going to be looking into incorporating reinforcement learning so that the program will learn how to grasp objects by itself.

Richard Tillquist: This summer I’ve been working with Professor Taylor to create a curriculum for a new intro computer science course which will be focused on robotics. We have been using a robot called the Scribbler as the center piece for a variety of new labs and assignments that will introduce Java in a fun and interesting fashion. We have also been working with Professor Douglas Harms from DePauw University to convert a book written for the Scribbler that uses Python into a Java friendly format.

Kayo Yamada: I have been generating patterns using the Metaphor program, a Python program which utilizes the Python Image Library and POV-Ray. These patterns are used as the basis of the visual models that we are creating to showcase the emergent quality within the various combination of complex systems.

Our Pulse Our People